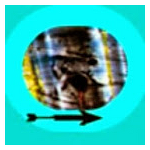 aka Whatever you wanna call me. I don't care

Hello, and Welcome to my front page. I am a strange, silly, and semi-sophisticated man that you may know from elsewhere, although you probably don't. Whether I'm fixing Grammar or making another already-dead joke about being infected with the power of XD, I'm always up to joke around and give semi helpful advice and fix things occasionally.

Links To Me Being Weird Edit

https://venturiantale.wikia.com/wiki/Thread:65058 - Me in a nutshell, S.R.S.'s introduction, and my treasure hunt.

http://venturiantale.wikia.com/wiki/Dinosaurs - I never actually thought this joke was funny and at this point, I'm just keeping the link for sentimental value.

http://venturiantale.wikia.com/wiki/Thread:59072 - Random Fun and Crack Fiction, and the best joke I ever made.

Facts About Me By A Robot Edit

{SystemRebootSoftware} Hello, I am a program designed to curtail bad habits. Such as the lack of factual information on this page.

Excuse me, you are designed to be part of the joke I make every time my computer acts up.

{SystemRebootSoftware} Regardless, the man Behind RandomCommentsInc is quite a strange one. He was born on September 13, a Thursday, and has considered having a birthday that occasionally falls on Friday the 13th lucky (all his birthday luck makes up for the day's typical negative connotation.).

I also Help maintain the VenturianTale Xtra Youtube Channel, For all our Xtra VenturainTale needs.

{SystemRebootSoftware} Were You even trying with that pun?

{SystemRebootSoftware} He started watching Venturaintale in early 2015, but his general apathy for starting things procrastinated his arrival to the wiki until 2016, when Venturiantale released Spencer's origin story- and a page revolving around his favourite character was formatted incorrectly.

The page has since been deleted- and then later re-instated.

{SystemRebootSoftware} He has several bad writing habits, including but not limited too: Capitalizing random words in a sentence, adding the letter "e" to the ends of words for no reason (more prevalent in handwriting), Doubling the letter before the double-letter rather than the double letter( i.e. ggod instead of good), Skipping words when planning the sentence out ahead of time, being unable to causally spell certain words without spellcheck, and occasionally switching between British and American English spelling of words (which he blames on the large amount of British YouTubers/content he watches).

Well, I say that, but since when have I ever been correct?

{SystemRebootSoftware} Since you became reliable enough to turn into an admin.

Retrieved from "https://venturiantale.fandom.com/wiki/User:Randomcommentsinc?oldid=118840"
Community content is available under CC-BY-SA unless otherwise noted.