VenturianTale Wiki
Register
Don't have an account?
Sign In
Advertisement
in: A Skyrim Tale, Vahl's company, Former Antagonist,
and 12 more

Miraak, or formerly known as Fenrik, is a former antagonist and current protagonist in A Skyrim Tale, who was introduced during the Dragonborn DLC Main Questline. It should be noted that Miraak is the First Dragonborn as well as a Dragon Priest who betrayed the Dragons in his quest for power. But in time, Miraak's lust for power forced him into the service of Hermaeus Mora and he was desperate to be free. To do this, he needed to kill the Last Dragonborn, Vahl, and absorb her soul to earn his freedom. Jordan and Vahl originally hated him because of the fact that he would steal Dragon Souls and talk down on Vahl's combat process constantly. He was defeated by Vahl at Apocrypha with the help of Hermaeus Mora. However after his apparent death, he returns as a follower, easily becoming Vahl's second-in-command despite his short service. He accompanies Vahl to Sovngarde where they both kill Alduin, after which the two Dragonborn develop an understanding towards each other and are on good terms.He is currently series regular on A Skyrim Tale.

He currently resides in Hjerim as all the other  followers do. During the final episode of the Dawnguard DLC, he was believed to be killed by Poe, Jen and Lydia, this later turned out to be a clone created by Poet under the orders of Jordan and Vahl. Miraak returned to his temple on Solstheim for an unknown reason, where he sent a vision to Vahl as she slept, to let her know that he was still alive. He was later reinstated into the group.

Miraak was subjected to Poet's Cloning project as seen in the 100th episode of Skyrim Tale when an army of 40 Miraaks annihilated a scourge of Frost Dragons, but the canonicity of the episode is to be questioned.

Vahl and Miraak first met when Vahl stumbled into the realm of Apocrypha where Miraak almost instantaneously struck Vahl to her knees with the Sparks spell. He then went on to belittle Vahl's achievements, saying she did little "beyond killing a few Dragons". And from that moment onward, Jordan and Vahl developed a hatred for the First Dragonborn which was only strenghtened when Miraak would appear to steal the souls of Dragons, Vahl had just killed. In time, Miraak was defeated by Vahl with the help of Hermaeus Mora, but this wasn't the end for Miraak. In fact, Miraak would return to aid Vahl on the quest to slay Alduin. It is on this quest, where Vahl learns that she needed Miraak more than she thought. The two Dragonborn end up developing a friendship during the questline with Miraak being the group's second-in-command, answering only to Vahl.

It is implied that Miraak has been training Vahl in the art of shouting as she can shout as often as she would like, just like Miraak. But despite their bond, Miraak retains his condescending demeanor, still claiming that Vahl has "no idea of the true power a Dragonborn can wield". This could be friendly banter, however.

Lydia and Miraak have had little interaction during the series, however it is implied that they are on good terms due to their mutual connection to Vahl. When Lydia was Afflicted, Miraak put her out of her misery when she attacked him.

Like Lydia, Jen has had little interaction with Miraak. Though, one can assume that Jen finds interest in Miraak due to Miraak being an Ancient Nord, with Jen being fascinated with Ancient Nordic Tombs. While not actually being Miraak, Jen was able to tell apart the real Miraak from a rogue clone created by Poet.

During the Dragonborn DLC, Miraak had enslaved a good portion of the island of Solstheim. Among the enslaved were Frea's people, the Skaal. Miraak, already had a place in Skaal legend (he is named "The Traitor") where he represented all that is corrupt with man. However in order for Miraak to be defeated, Vahl had made a deal with Hermaeus Mora. This deal ended up in the death of Storn, Frea's father. And even though, Frea wanted Vahl to make sure that her father's sacrifice wasn't in vain. In the end it was, because Miraak had come back to aid the group. It could be argued that Storn's sacrifice wasn't in vain, because while it failed to kill Miraak, it did gain the group a powerful ally: A rehabilitated First Dragonborn.

Like Vahl, Jordan hated Miraak for his arrogance. However, he later warmed up to having Miraak in the group after the later showed his worth in combat and a snazzy belt buckle.

Miraak's love interest in the series as both of them share many similarities, Serana and Miraak are among the oldest in the group, being at least centuries old by the time of the series. They are also both immortal, as well as ex-servants of the Daedric Princes Molag Bal and Hermaeus Mora. However the two tend to argue pretty violently, with the arguments leading up to full blown fights, which can kill everybody around them, but not each other as they probably intended to do. But they seem to calm down quickly after.

Miraak and Poet seem to be the series' biggest contrast, with Miraak being the oldest and strongest member and Poet being the youngest and weakest member. Despite this difference, Miraak has a soft spot for the young inventor, treating her more kindly than he would the other members, buying her gifts for her birthday and even donating a sample of his blood for Poet to use in her cloning experiment (this would prove to be disastrous). If anything, Miraak can be considered Poet's best friend in the series as she expresses concern over the whole Miraak/Serana relationship.

Elsa and Miraak also don't appear to have too much contact, but seem to fight alongside each other a lot. They both use magic.

Being the only one of the group to have his face concealed by a mask, what Miraak truly looks like is a mystery

people have been wanting to find out ever since he has made is debut as a follower. Sadly, Jordan has been unable to remove his mask/downright refuses to remove Miraak's mask due to Bethesda's tendency to create "derpy faces." Recently, Miraak's face was finally shown when Jordan had Miraak change into a Noble outfit. He looks like a normal bald human but with black eyes, although Jordan gave him hair and a ponytail. However that Miraak was an impostor (could be a clone, but it is of unknown origin) so it is possible that his real face is different.

However, people have had their own vision on how the First Dragonborn looks like and have posted art based on their own design.

Likewise, Miraak is an alias that denotes the owner of the mask: Miraak and not his real name. Since he was disposed of rather quickly in the Dragonborn DLC, it is unlikely his real name will be known and thus lost to the ages. However, according to Skyrim Tale lore, Miraak started out as a Nord man named "Fenrik", before shedding his name to coincide with the name of his Dragon Priest mask: Miraak.

Miraak is a Dragon Priest as well as Dragonborn, this not only makes him the most powerful member of the group, but also means he is capable of using various shouts and spells. The most prominent shouts he uses being Dragon Aspect and Fire Breath, while his most prominent spells being Sparks for offense and a Ward spell for defense. Though, it appeared that when Miraak first joined the group, he was holding back a significant portion of his power. Upon his reinstatement into the group, Miraak has demonstrated the use of many shouts including Bend Will, Frost Breath, Unrelenting Force and Fire Breath. Miraak has also demonstrated knowledge in Fire spells, which he uses with deadly accuracy. He has been shown to have the ability to summon his three Dragons: Sahrotaar, Kruziikrel and Relonikiv, when he deems it necessary as shown in episode 169.

In terms of equipment, Miraak is left untouched when compared to Lydia or Jen. He wears a Dragon Priest mask, which is where he derives his name from, his robes, gauntlets and boots. Though his preferred method of combat is shouts and spells, should the enemy come within close range, Miraak makes use of his personal sword which drains stamina and emits a tentacle whip effect when swung. However, due to Miraak, Jordan and Vahl's hatred for Hermaeus Mora, they have decided that it would be appropiate to give Miraak a new sword. This new sword ended up being Anduril: The Flame of the West. Miraak also uses a staff to attack enemies at a distance, which shoots out a stream of tentacles. Due to being of the same origin as his sword, this was swapped out for a regular staff.

Alternate Universes (What Could Have Been Fanfictions)

Journal of the First: The Ultimate Sacrifice: In this particular story, we find a broken Miraak coming to terms with his mercy killing of Lydia. After a brief argument with a mental manifestation of Vahlok, Miraak finds out a way to set things right, by tapping into the forbidden knowledge he learned whilst in Apocrypha to revive Lydia, but at a price. Suddenly, Miraak goes missing and Vahl travels to the Dwemer ruin where Lydia was killed only to find Miraak dead in her place. After  sentimental good-bye to Miraak and Vahlok, Vahl returns home to find her friend Lydia alive once more.

Miraak was found within the medieval times of the gmod universe. Being the leader of a small army under siege of a dragon. He requested time traveling duo Johnny Ghost and Johnny Toast to help defeat the dragon, only for them to cause a chain reaction of events that would cause the destruction of the time period. 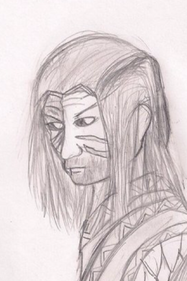 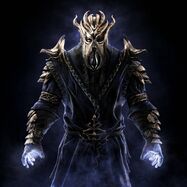 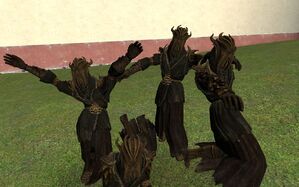 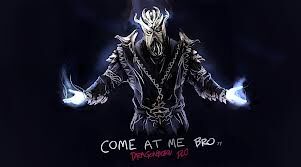 Miraak can play it cool, so when i found this I thought that this is just fitting of the arrogant guy!.
Community content is available under CC-BY-SA unless otherwise noted.
Advertisement