Maxwell Acachalla is Papa Acachalla, Notachalla, and Jeremy Acachalla's cousin and a secondary antagonist of VenturianTale. He died in a bank robbery with Acachalla, after being slaughtered by The Bank Teller with a crowbar, but later comes back to life in the episode "Gmod FLUTTERBAT My Little Pony Mod". He is played by HomelessGoomba. He also haunts the Acachalla's House in the Gmod Dumbbell Weapon Mod as a floating bicycle and then gets trapped in the bathroom, and it is also said that Jose Jose Jose Jose swore to Papa that Maxwell would haunt him. He is now, in most videos, a ghost. Soon after Maxwell crossed over from the 13th dimension and turned into a killer bicycle which killed everybody in sight, including Billy and Gertrude.

Maxwell has returned from death and taken charge of Billy's old gang, they are most likely still at large.

He was later seen being picked up by the PIE team in a time-travelling elevator before being pulled into darkness by a giant hand.

He was recently found dead at Johnny Ghost's apartment building in East Belgium and his ghost was seen soon after, meaning he is back to being a ghost.

Maxwell first met Papa Acachalla in the old west as they were planning to rob a bank. After their attempt to hold a stickup was foiled by the bank teller insisting on finishing serving the customer first in line, Maxwell went up to the bank teller and asked her if he could make a withdrawal. The teller stated that she would show him where the money was, which would then trick him into going into the back of the bank. While Maxwell was in the bank vault, the bank teller pulled out a crowbar and beat him to death as Acachalla listened in horror and retreated when the bank teller pulled out an automatic weapon. He later returned and attempted to steal the money again with a random woman he met outside the bank.

Unbeknownst to Papa however, Maxwell's existence continued after his death as a restless spirit and, blaming Acachalla for his death, he spent the next two centuries haunting his brother from the shadows, though Papa himself would not become aware of this until the year 2014.

Maxwell is shown to be in a courtroom where he took the role as prosecutor. Saying that he was "Back From The Dead". Due to that, he is killed by the judge. He also says that Papa Acachalla is his long-lost Brother. Though they are actually cousins, him referring to Papa Acachalla as his "brother", might have been a reference to their close relationship when they were younger.

Maxwell is shown to be Slenderman for one time. When Papa Acachalla, Sally, and Gertrude were all in the same room he came in the room, killed them all and escaped.

Maxwell teamed up with Aimée to fight Johnny Ghost and Johnny Toast, though he switched sides a lot.

In the CO-OP horror map, Maxwell is shown to be haunting the insane asylum that Johnny Ghost was investigating. It is then revealed that he teamed up with Jimmy Casket to scare Johnny Ghost and the people who were with him. Now that we know that Jimmy Casket IS Johnny Ghost, Jimmy's desire to "scare" Johnny away may mean that he hates his alter ego and wants to remain Jimmy Casket forever. It is unknown if Maxwell knows that Jimmy and Johnny are the same people.

Maxwell appeared as a ghostly bicycle in the Acachalla home and attempted to kill Papa Acachalla as revenge for leaving him to die in the bank robbery, but he was defeated by Papa when he started to use exercise against Maxwell, driving him away.

Maxwell possessed Papa Acachalla's car after Billy and Sally (who are both Dinosaurs) accidentally damaged it. Gertrude (who is also a Dinosaur) called Johnny Ghost to help them get rid of Maxwell, despite Papa Acachalla's warnings that Johnny is actually Jimmy Casket. Eventually, Maxwell possesses Billy, forcing Sally to kill him. Around this time Johnny Ghost turned into Jimmy Casket and began killing people until he, himself, was killed by the family, but he swore that he would return and have revenge. And indeed, Maxwell is still haunting the Acachalla family.

In an attempt to revive the Acachalla gang, Papa Acachalla and his family took roles as the new members, Maxwell being apart of the gang. Once the money was found, it ran over Maxwell, killing him. He later possessed the money pile after his death and escaped with all the money for himself.

He appeared in the form of an elderly medic (likely possessed by Maxwell) and it was made evident that Jimmy Casket was actually afraid of him, Probably because of Johnny Ghost's fear of old men, thus evidence of the two conflicting personalities. He killed Jimmy Casket and then left.

Maxwell is resurrected by Billy's Gang through the use of a sacrifice of one of their members. Billy offers Maxwell a place in his gang, but he instantly rejected the offer and after the two draw their weapons Maxwell successfully shoots Billy first and effectively becomes the leader of Billy's gang. Not long after Maxwell had to confront a supernaturally powered Micheal Jackson within a zombie-infested city. Despite a great deal of trouble, Maxwell and his new gang did indeed prevail and escaped the city to have misadventures elsewhere.

A time-travelling Maxwell from the future later found himself boarding a time-travelling elevator occupied by the PIE team and a version of Papa Acachalla from "the War". Maxwell tried to talk to Acachalla, hoping to become friends again, but Papa refused, bitter over so many years of torment. On the very next stop of the elevator, a hand reached in out of the darkness and took Maxwell as Papa and the PIE team watched in horror.

It is unknown how he escaped but he apparently somehow did escape the darkness but was later killed in East Belgium where he and the ghost of Johnny Ghost and Johnny Toast's childhood acquaintance Gerald Jenkins, who had been summoned by Toast, started haunting Johnny Ghost's apartment building. The two Johnny's saw his Ghost in a window and later found his body.

At first, for a criminal, Maxwell was very naive, innocent, and even somewhat considerate. But after feeling abandoned and betrayed by Acachalla, Maxwell has now become a vengeful spirit. His hatred is so prevalent that Johnny Ghost claims "you [Maxwell] hate and haunt everyone".

Maxwell seems to enjoy using his ghostly powers to make his presence known, possessing strange objects and saying his name in a cool voice. Maxwell also uses these powers for intimidation, mainly because he is still more of an amateur at using his powers.

Unlike the rest of the Acachalla's, Maxwell does not have the ability to come "Back from the Dead" in a physical manner. Instead, he has become more of a traditional ghost. This, however, has given him an assortment of abilities. The most useful being his ability to possess inanimate objects to use as another body and attack opponents. He can also fly, go through walls and speak in an echoing voice to intimidate.

In most videos, Maxwell looks a lot like Billy or Medic Billy, since he usually shows up when Isaac is still playing as Billy. who he plays the most. Before 2019, they never had a specific playermodel for him.

In the 2018 Livestream, he has appeared both young and old.

For the 2019 Livestream, he appeared using a modified version of Billy's playermodel. The model featured him with a harsh haircut, scarring around the left eye, and a bandana covering his nose and mouth.

TheSilverPie has drawn Maxwell like a cowboy in a desert, as a reference to his first appearance being in the Wild West Cowboy Roleplay Map video. This has now become his fanon look. 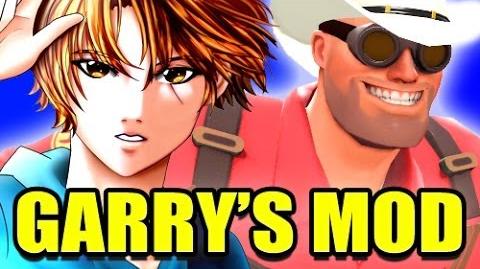 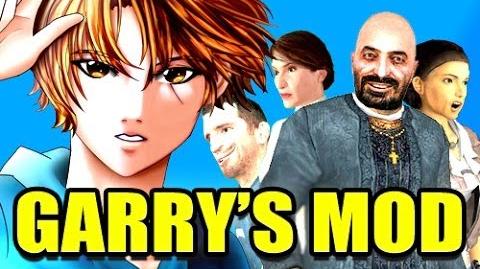