Jonathan 'Johnny' Ghost was a paranormal investigator and one of the multiple possible fathers of Johnny Ghost.

At some point prior to 2014, presumably within his son's childhood, Ghost Sr was out hunting "the twisted frogman" in the woods in North Dakota on a morning in February, which had appeared in a mansion in those very woods "some 56 years ago, and [had been] abandoned ever since". Discovering the mansion for himself, he sneaked inside the basement and started investigating, looking for the frog man. The frogman found him in the kitchen and scared him, causing him to first attempt to hide in the adjoining bedroom, and then to run out of the basement and into the upper floor of the mansion, before finally being cornered by the frog in a study room. Ghost, cornered, demanded the frog to tell him his name. The frog replied - "some call me... Kermit."

Johnny Ghost was never seen again after he entered that house. His legacy was continued by his son, who took his name and continued his paranormal investigations, swearing to find out what really happened to his father and to find those responsible for his disappearance. At some point Ghost junior presumably went to the mansion himself, as he was able to recognize a portrait of Bobbio Fart from the house in another dimension. 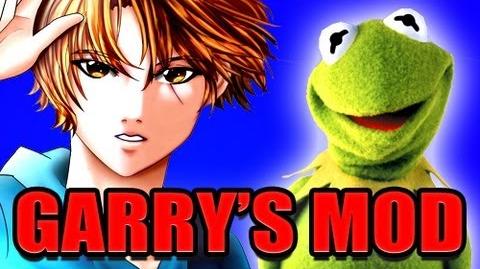