The Combine are an interdimensional empire from the Half-Life universe. Their technology and infantry are frequently seen in VenturianTale, though their canonicity is vague. Their only confirmed appearance was in a video (Gmod STORY GAME!) where the map creator explicitly calls them Combine in the flavour text. 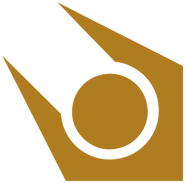 Add a photo to this gallery
Retrieved from "https://venturiantale.fandom.com/wiki/Combine?oldid=120229"
Community content is available under CC-BY-SA unless otherwise noted.