Chakalata Soup is a bald, insane chef who lived on an island in the middle of nowhere. He was with Sally Betty Jessica, Apupu, and Goober when first introduced. They all eventually made it off the island and owned an Olive Garden in Butts, N.C. He is now a ghost with lethal abilities.

He was a professional chef until he went on a boat to an island in the middle of nowhere, where he became insane. The cause of insanity was most likely lack of human contact.

Chakalata Soup lived on the island where he ran a kitchen with Apupu Soup, and Goober, the ghost of a customer who died using the toilets. He eventually got off the island and owned an Olive Garden, while working their many weird things happened such as Goober turning into a Unicorn named Sparkly Puddlebuns and killing Officer Maloney, Sally Betty Jessica, an odd man named Kilbert coming in screaming chicken repeatedly, and a snowman coming to life and murdering everyone.

it was later found out by PIE after his house was investigated that he was, in fact, a level 25 paranormal entity. He eventually landed himself a job as a fireman; however, he lost that job whilst training Billy Acachalla. He now lives alone on his island, charging services to passing ships (using bathtubs, foldable chairs with tires, bins, fridges, and wooden cabinets for community bathrooms, toilets and sinks respectively (He "washes his hands" by rubbing his hands on a wooden board). Billy managed to track him down once again, and was horrified at his inhumane lifestyle.

Fred Spooker and Barnacle both claim that Chakalata is their father; however, Chakalata Soup himself has never confirmed this. It's possible he and his wife divorced when their children were kids, and the mother got full custody of both of them.

Chakalata Soup later showed up in another ghost video where he was revealed to be the son of Darth Calculus.

Johnny Ghost and Fred Spooker were sent to investigate his disappearance after he had supposedly crashed his car near a town in the middle of nowhere. This later turned out to be false as he came to the town by boat. It was revealed the whole thing was a plot to kill Spooker and recruit Chakalata into the group known as Destroyers of Investigators Extraordinaire, led by Johnny Cranky, who was impersonating Johnny Ghost. It turned out Chakalata had no idea about any of this because the Chakalata who wanted to join was actually Grandpa Sink Supplies Antichalla in disguise. Sink supplies killed Spooker as intended but then betrayed Cranky and killed him, before killing the real Chakalata who had just came back to the boat.

In Chakalata's absence, Papa Acachalla borrowed his restaurant island to use for the filming of The Papa Acachalla Cooking Show, which he used as a tax write-off so as to not have to pay as much tax. Chakalata briefly joined the cast to stand in for Gertrude for a scene after Gertrude contracted food poisoning from Billy's cooking. Chakalata also contracted food poisoning and Gertrude was called in a second time to replace him.

Chakalata was found in France by Spencer and PIE, working in the mobile shop business where he ran a Sea Food Stand.

Chakalata Soup is a businessman above all things. Managing all that he can with the little number of resources at his disposal. Often casually forcing his employees to ridiculous contracts and ignores many dangers near him. Often believing in the most convoluted and idiotic business decisions if promised to profit from them. Despite this Chakalata is relatively optimistic and usually is content with having a nice business.

Originally, Chakalata Soup was in denial that he was a ghost, but has quickly adapted to his new lifestyle, occasionally appearing to creep out random characters.

Chakalata Soup adopted his grandaughter Apupu as a daughter at some point; however, she left the island to become a ballerina, which Chakalata disapproved of.

Goober haunted Chef's toilets and scared off customers, much to his chagrin. Upon Goober being possessed by a unicorn, Chakalata showed concern for his employee, begging Maloney not to kill him. Though this was mainly because he would have been down one worker.

Goober appears to have either left the island or disappeared completely. Chakalata seems to have installed an outhouse on his island, likely to avoid Goober or his ghostly toilets should they ever return.

Spooker claims that Chakalata Soup is his father and there does appear to be a resemblance between them; however Soup himself has never confirmed or denied this. It is possible that he is not aware that Spooker is his son.

Chakalata soup and Johnny Ghost have had a long history together. Their first meeting when Ghost (along with his partner) was a child, as Chakalata hired them to get rid of a ghost in the ventilation system, the young investigators discovered it was merely Apupu. Eventually, the time would come when Chakalata would need PIE's help, only the threat was far more real. Upon investigating the chefs' household, the absurdly high amounts of paranormal activity lead Ghost to find out that Chakalata was a highly powerful entity that opened a portal to their reality. The two became very bitter towards each other after this, and Chakalata would now spend much of his time shunting the PIE team, becoming one a regular enemy of theirs.

Papa Acachalla has said that Gertrude and Chakalata are brother and sister.

Chef hates Billy Acachalla with a vengeance, It was Billy's stupidity that cost him his job as a firefighter.

Barnacle claims to be Chakalata's daughter, but he has never confirmed or denied this.

Although they are never shown to interact, Darth Calculus is known to be the father of Chakalata Soup.

Sink Supplies once impersonated Chakalata and killed him.

Chakalata was to be recruited into Cranky's group Destroyers of Investigators Extraordinaire but was impersonated and killed by Sink Supplies Antichalla.

Johnny Ghost has labeled Chef Chakalata Soup as a level 25 Paranormal Entity. This means he is very powerful. Some of his abilities are:

He tried to fool Johnny Ghost into thinking that Delphox was the poltergeist, but that was an illusion caused by him.

He was a professional chef until he went on a boat to an island in the middle of nowhere, where he became insane. The cause of insanity was from lack of communication and human contact. 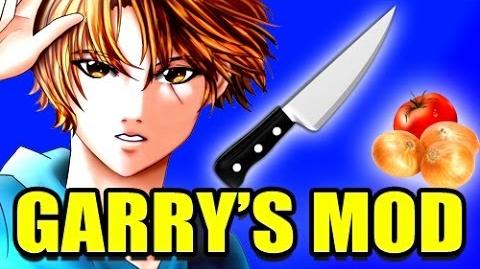 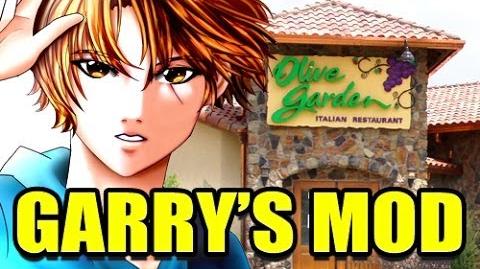